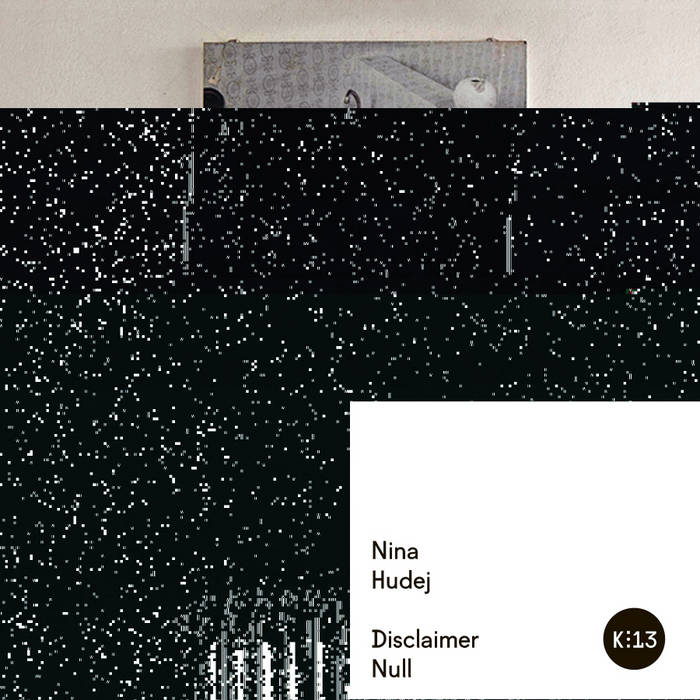 "Perhaps there is no way to grasp the essence of electronic journey on this album if its context of the dancefloor is removed. This however does not mean that Nina Hudej’s exploration of organised sound does not move, well, dances away from the dancefloor formula. Her work is from the outset already far removed from the happy-go-lucky fun-seeking function of clubnight world as it seeks the conjunction of the physical and the intuitive whatever the outcome. A dancefloor realm within the physical, social, affective bodies where the intuitive, spiritual and the empirical, material collide in a constructive intensity.

... disclaimer is void of substance. with NULL there is no deception and no risk. poetry of an empty void. this is a non-appearance of hidden agendas. a statement of honesty. of course it turns back on itself in a paradox, since philosophically speaking by being null it isn’t. it fills its blankness with the content of its metaphor. and this folding can recursively fall back on itself. again and again in a vicious mental circle: a honey trap. this is why a null disclaimer is necessary. to trap the infinite recursion of mental recycling and act as a call to open and direct action. for all the queers, women and refugees out there on the cold, in the closet, in peril. the null disclaimer is not only a statement of call to transparency and honesty, but also a document of silence, the erasure which is forced upon the different in various acts of systemic and physical violence."

-- extract from liner notes by Luka Prinčič (more at kamizdat.si/releases/disclaimer-null/)

Thanks: my special people for encouragement, support, care and inspiration: Nina, Luka, Asja, Barbi, Moni and my dearest parents.

Nina released her first solo album with Kamizdat in the end of 2015, since then she's primarily focused on her new project Warrego Valles with NinaBelle. They released they debut album 1/3/2018. ... more

Bandcamp Daily  your guide to the world of Bandcamp

Cannibal Corpse's George "Corpsegrinder" Fisher stops by for an interview